Here's a great warm-up activity to get players thinking about all aspects of receiving the ball and movement off the ball. 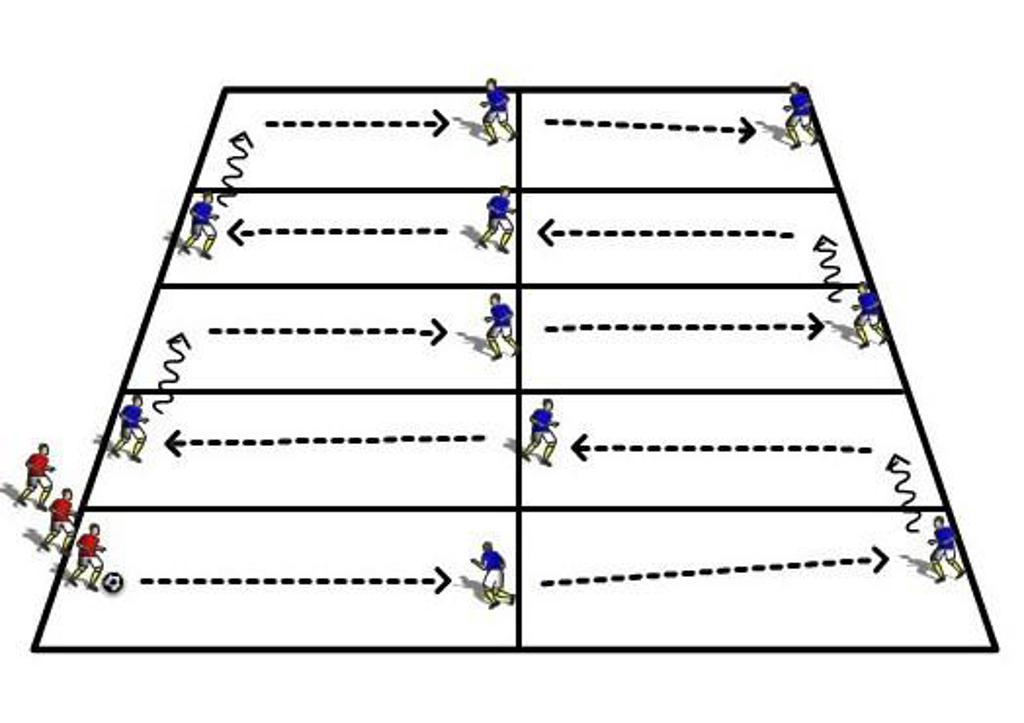 Place players in starting positions as shown on the diagram.

Multiple players can be lined up at the 1st starting position (bottom left) with balls.

When the player at the end gets the last pass, they dribble around the outside of the area to the starting position.

1. Have the players pass and follow their pass to the next position on the grid.
2. Once the players understand the movement of the drill, focus on the quality of their passing (accuracy, weight etc..)
3. Once the speed of play is satisfactory, focus on the movement of the middle receiving player. Instead of receiving with their back to the player behind them, they should open-up and create an angle to receive the ball in the 'half-turn' position, being able to see where the ball is coming from and where they want to pass it next.
4. Once players are opening up and creating an angle to receive, focus on having the players receive with their back foot to help them take a touch towards the next player they wish to pass to.
5. Now focus on the receiving touch of the players at the end of the grids, have them take a big touch to space, getting the ball out of their feet and touching the ball into the next grid so they can move the ball in 2 touches (1 touch into the next grid, 1 touch to pass).
6. Finally challenge the players to move the ball with 1 touch to increase the speed of their passing and movement. Emphasize that the next players pass is only as good as the quality of the first players pass, 1 touch requires quality passing execution.

Tag(s): About Us  Camp Locations